The students in Bristol, Virginia are facing problems related to mental health, suicide, and drug abuse: just like every other district in America. The leaders of BVPS decided to take action to support their students in these areas, and they were able to use their school website as a resource to do just that. 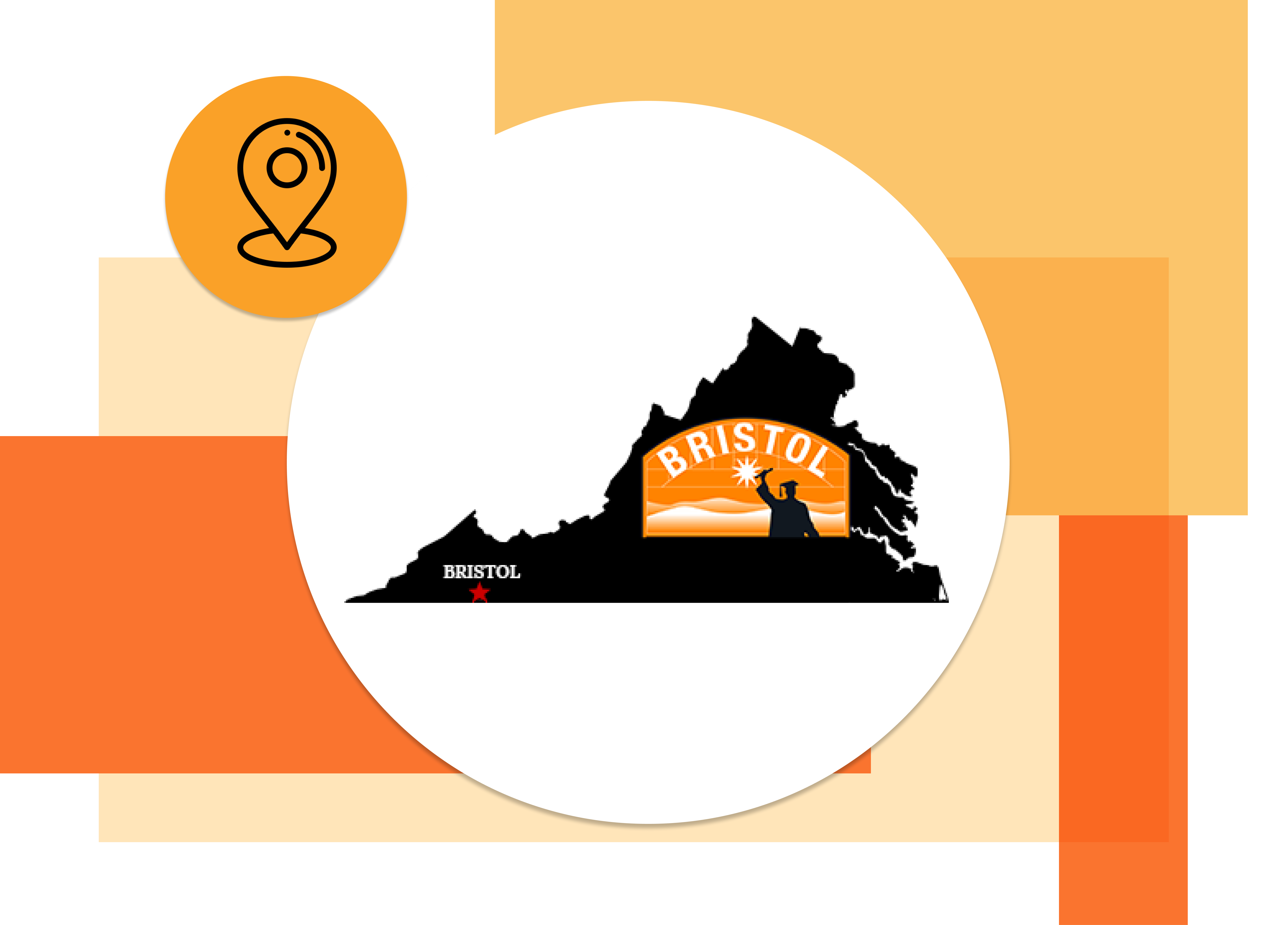 Promote a mental health awareness event at the school 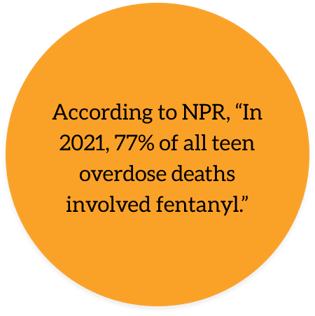 The school leaders of the Bristol, Virginia Public School district saw a number of growing problems that will be all too familiar to anyone who works in schools today:

They were concerned about suicide risk amongst their students & families.

They knew that their students struggled with several issues related to depression, identity, and anxiety.

According to NPR, “In 2021, 77% of all teen overdose deaths involved fentanyl.” The problem has grown because teens purchase counterfeit or manufactured versions of prescription drugs, which are often laced with fentanyl, often making them lethal in a single dose. Educators everywhere know that students are in the midst of a crisis—and in Bristol, Virginia, they’ve decided to do something about it.

The leaders of BVPS wanted to host an event to raise awareness about fentanyl overdoses and the dangers of the drug, so they started planning, and Fentanyl Awareness Day was born.

The district brought in public speaker Kevin Hines, who raises awareness of suicide-related issues in his keynote addresses about the experience he has of surviving after jumping off the Golden Gate Bridge. A teacher from the district also spoke at the event, sharing her experiences with her brother’s drug addiction. In this way, the school leaders were able to bring awareness to these important issues by amplifying the voices of those who have been personally affected.

The district also partnered with local community organizations, from law enforcement to mental health agencies, to make Fentanyl Awareness Day a success. Representatives from these organizations set up table displays in the school gym during the event so that the members of the community could connect with them directly.

In order to get the word out about the event, school leaders used their own website to publicize the information, and they also reached out to local news outlets. In just a short time, they were able to bring awareness and resources to everyone in their local community, using the school as the hub for such a connection. 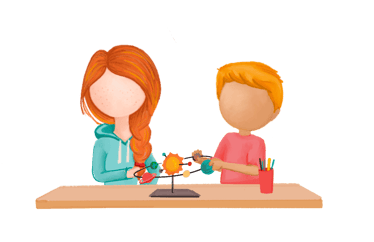 Beyond the individual event for Fentanyl Awareness Day, BVPS uses their district website, powered by Edlio, to keep the flow of information & resources going. Using the easy page-builder features on their Edlio CMS, they have built a Bearcats Thrive page on their website. The page, which also links directly from their homepage navigation, provides information not just about Fentanyl Awareness Day, but also about resources for suicide prevention, drug abuse, and other mental health issues. “We decided we wanted to make a resource page for all this information, and so what we ended up doing was making what we call a Thrive Line,” explains Logan Childress, Emerging Technology Specialist and CS Ready Schools Team Lead at BVPS. 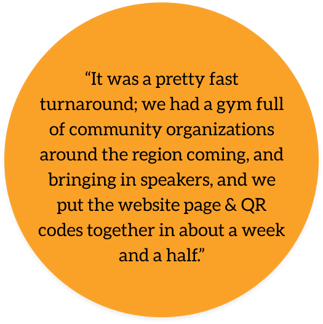 The Thrive Line is a form on the page which students can use to refer a friend or peer for counseling services or intervention from school personnel. The leaders of BVPS realize that some students may not feel comfortable asking for help for themselves, but it is often a friend or family member who will help them get the help they need. The Thrive Line offers students a quick and easy way to connect their friends to resources.

“It was a pretty fast turnaround; we had a gym full of community organizations around the region coming, and bringing in speakers, and we put the website page & QR codes together in about a week and a half,” Logan explains.

Logan also used in-school publicity to bring awareness and attention to the Thrive Line within the middle and high school buildings. He created QR codes which link back to the Bearcats Thrive page, so that students can easily scan the codes in the school hallway on their phones. The QR code printouts also contain NFC chips for easy connection via smartphone.

The program has seen significant success, even in its early days. “In the first 24 hours or so the page had gotten quite a few visits,” Logan says. He adds, “in the first few days, the QR codes received over 100 scans, and those had to be from people within the school buildings, because that was the only place they were displayed.” The proof is in the numbers: the students of BVPS now know where to find the resources they need to help them with problems like suicide, vaping, and other mental health issues.

In this way, BVPS is harnessing the technology students use most—their own cell phones—to connect them with resources and information that might even one day save lives. 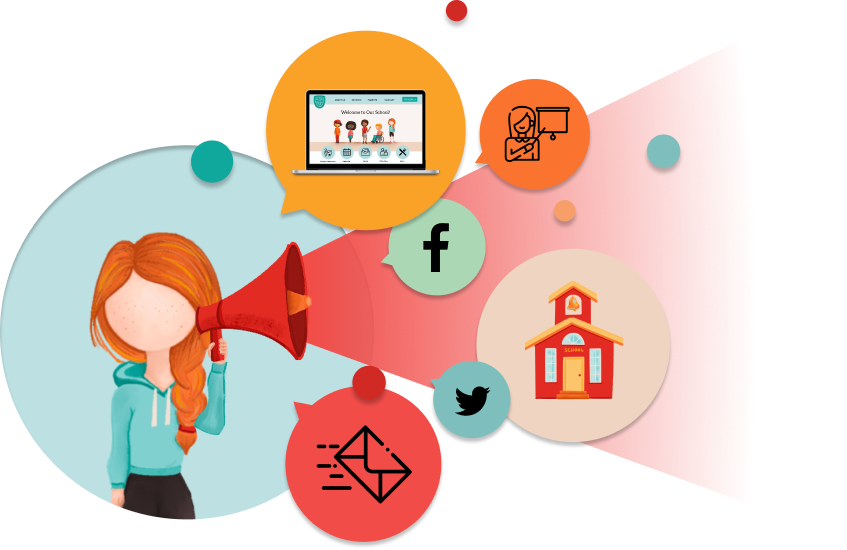 In 2021, 77% of all teen overdose deaths were fentanyl-related (NPR). Want to know what one school is doing about it? Read the story from @bristolsuper and @edlio here: https://learn.edlio.com/bristol-va-case-study #MentalHealthinSchools #Edlio #edchat

A FORCE FOR GOOD

At Edlio, we believe that a school website is so much more than a piece of technology to display your mascot and your school calendar. In fact, we believe that it can be a pathway to connection and a conduit for building relationships and providing school communities with valuable resources. That’s why we are so proud to work with school leaders like Logan Childress and the rest of the BVPS faculty & staff to put their technology to work for the greater good.

The Bristol, Virginia Public Schools website now allows school leaders to help their students with issues beyond academic achievement, and to support the whole child. It provides them with an opportunity to connect their students, families, & community members to valuable resources locally and beyond.

At Edlio, we believe in the power of technology to connect communities to life-saving resources. If you or someone you know is in need of help, please call the National Suicide Prevention Lifeline at 1-800-273-8255. 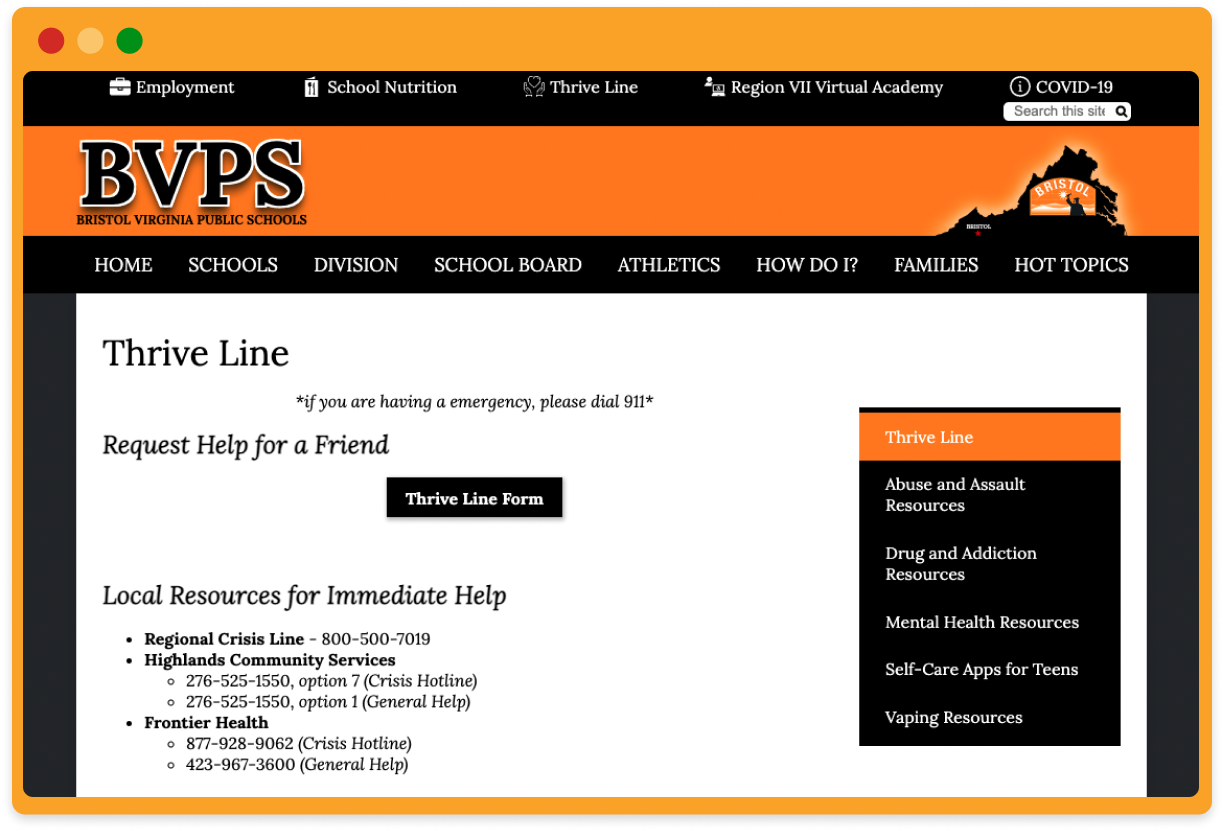 Is your website connecting your community with the resources they need? Schedule a call with an Edlio school website expert today:

How to Make Your School Website More Accessible to Senior Caregivers